Late last year, GoPro launched its Hero 6 Black, a new version of its popular action camera. We have recently tested GoPro Hero 6 Black for Depth Analysis And Reviewed if they are still the best option for those looking for an action camera and if it will serve to lift the company’s complicated situation.

If you are interested in action cameras if you are simply fans of the brand and want to know everything that this GoPro Hero 6 offers, we will tell you below.

As we saw when making first impressions, the design of the GoPro Hero 6 is identical to that seen in Hero 5. If something works, if something is right, there is no need to change it. Therefore both cameras are physically identical. But being equal does not mean that it has not improved; it does internally. But before seeing that part, let’s review your body.

With a rubbery touch, the new Hero 6 does not need any housing to enjoy protection against water and dust. Moreover, without accommodation, we can submerge it up to 10 meters deep. If we need some extra protection or simply submerge it in greater depth, then we can opt for housing that is sold as an accessory.

Regarding the keypad and control options, we have two unique buttons. The one that allows us to switch between the different options of the video you can use some of the best video editing software for GoPro video to get pro-level looking of your video. Burst, video sequence, etc., and the shutter button. The rest of the options and menus are accessed through the 2″ diagonal rear touch screen. Or through the Smartphone application.

Keeping everything good that we already saw in Hero 5, betting on the same design for Hero 6 is a positive thing because we can use possible accessories such as housings or Karma Grip. Which also gives us the option to use it with the GoPro drone camera.

Let’s turn to image and sound quality, performance, and other essential aspects of its use. In video themes, the GoPro Hero 6 is now capable of recording at 4K and 60fps resolution. With this improvement is located, at least in numerical aspects, along with other proposals such as the Yi Camera 4K + already offered. Then there are other aspects such as codec, color profiles, etc. that make the material captured by one or the other different.

Of course, doubling the number of frames per second at maximum resolution also means that at lower resolutions, we can select higher frame rates.

Known this, the other important point, and that affects the video quality, is the stabilizer. We have an electronic stabilization system that improves the results against Hero 5. It is still not the best stabilizer action camera, Sony takes that title, but the jump is essential.

In the section for sound. While it is true that we have stereo sound recording and that its capture and processing have improved, we do not believe that it is the factor that can most influence the final purchase decision.

Audio quality will depend on many factors. For example, depending on where we have the camera mounted, some vibrations can be cast by microphones. Also the wind or if we use a carcass or not. All this influences the quality, but for specific occasions, for possible vlog videos that we want to record, it is true that it can get us out of trouble. Although if we’re going to go a step further, we can take advantage of its USB adapter to 3.5mm jack to connect an external microphone.

In this Hero 6, it can be seen from the outset that the improvement in the processor used (GP1 chip) offers more smooth transitions and shorter access times. Also, the start of the camera and speed in the rest of the actions such as noticeable voice recognition. It is not that it is something super important, but if you have used the Hero 5, these small differences improve the experience of use. But where it really shows is in the stabilization that we mentioned before.

And finally, do not forget that together with the use of their applications such as GoPro Quik (available for smartphone and desktop), we can create videos from the captured material easily even from our mobile device. As well as access functions such as remote control or making changes to the settings more conveniently than from the camera itself.

The use of voice commands improves, responds better and now we can turn the camera on and off.

Another section where Hero 6 improves is in its voice control. Now we have more commands and two especially useful ones, which allow you to turn the camera on and off. And calm down, according to GoPro and the tests that we have been able to perform, the Hero 6 remains about eight hours in (consuming an equivalent of about 4 minutes with the camera on) listen in case we want to turn it on again via voice command. If we do not turn it off and the next time we want to use it, we will have to activate it as usual by pressing the button.

This may be one of the questions that some of you are asking yourself right now. So let’s try to solve it quickly. The answer in principle would be yes and no. We explain ourselves.

The increase of frames per second to which this Hero 6 is capable of recording is necessary, mainly due to the improvement it represents when recording videos with greater fluidity (very useful in action videos) and the ability to make cameras Slower more spectacular.

This, together with the higher efficiency when using the H.265 codec or dynamic range, are more than enough reasons to decide to jump from one camera to another. Of course, as long as the economic cost is not a problem.

If recording at these frame rates is not vital for you, then, despite the improvements, changing cameras is something that only a few will consider. And then there is the H.265 codec issue. Like any relatively recent format, it implies the need for modern hardware and software for efficient management. 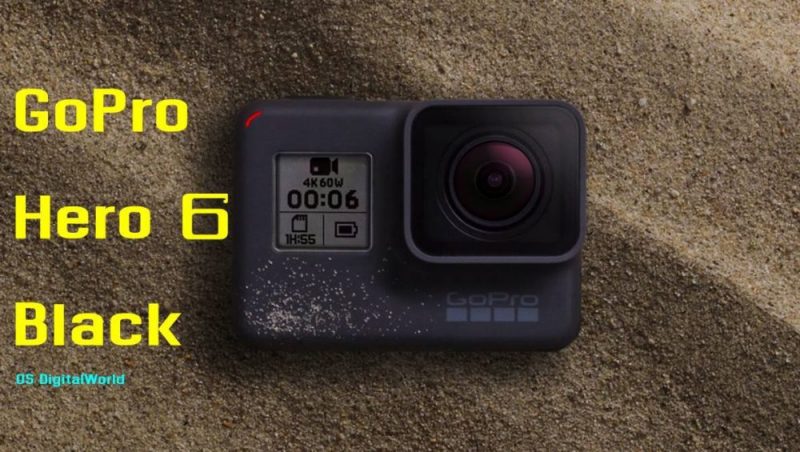 PraanTEA – the source of vitality

How to Get Ranked on Google with ease

How to Increase Online Conversion Rate

How to Build a React Progressive Web Application

Preparation of Shop Windows for Christmas

How to Find Profitable Keywords