This article deals with the question of which language is suitable for which purpose. It will help you choose the best language according to your requirement, how your app should complete the specific task, and how its user interface should exhibit. Help yourself read the full article and get a recap on both languages.

Whether you should give preference to Python or Java in Android development depends, for example, on the desired efficiency and performance.

Which programming language did you study first? To go the conventional path to becoming an Android app developer, HTML would have been the usual selection. However, to develop an advanced application, one should learn one, two, or more of the most fruitful languages ​​- like Java or Python.

Both languages ​​are preferences among Android app developers because they are extensively used, efficient, and enjoy strong community support. Each of them has its specific benefits that make them the preferred choice for particular projects – but also some disadvantages that make them poor choices.

Ultimately, every developer needs to have a thorough understanding of the project requirements to pick one. We have put together some selection criteria for you below.

How similar are Java and Python?

Given their similarities, it’s hardly surprising that Java and Python are the two most popular languages ​​among Android app developers. Accordingly, it cannot be easy to pick a favorite. Both Java and Python are object-oriented languages, use immutable strings and extensive standard libraries; nonetheless, they differ in many ways.

The main difference is that Python is classified as dynamically typed, while Java relies on static typing. Java has a corporate label, while Python works under the OSI-approved open source license with widespread use. As a developer, there are times when you should choose one language over the other when worrying about how to create an Android app that meets customer demands.

Dynamic vs. Static Typing of the Language:

Let us come back to the classification of the fundamental distinction between dynamic and static typing. As a dynamically typed language, Python does type checking at runtime and can compile yet if the script has errors and cannot run properly.

In contrast, Java produces a type check at compile time. Until all errors in the Java code get fixed, they cannot get compiled. The statically typed Java requires that data types are set for all variables before they can get used and values ​​assigned to them. In this aspect, Python is more flexible because you can allot the variables later. Python doesn’t create any problem if you don’t declare the variable type. Python also takes care of memory management, which is vital in programming for app development.

The statically-typed JAVA language does not have this feature. Dynamically typed languages don’t check types till execution, and that line never affects.

Performance of Both the Languages:

Java is better suited for developing demanding applications that need to work quickly and effectively. Because Java offers extensive optimization functions and execution in a virtual machine – Python is apparently at a disadvantage here. However, both communities create extensive libraries and APIs to speed up the development process. If the developers need to scale an app vertically or horizontally, it is pretty easy in Java. The best android app development company says that the balance will soon turn in favor of Python. Its framework can get used for almost anything, from web apps to data analysis. Developers have started using Python for developing GUI-based desktop applications, games, scientific and computational applications, business and enterprise applications, and web applications. The multi-threading feature of Java makes your app do two or more works simultaneously. Multi-threading allows efficient use of hardware, response time, better performance, and memory space.

Python is the most efficient option for modifying existing legacy systems. Python enables gradual changes to the system, so it is often preferred when Android app developers need to make any modifications in architecture.

Java needs a different approach, in which you cannot avoid completely rewriting an existing system. It is notorious for its long style of programming, which sometimes produces bulky systems. Java programming is likely to be a slow approach comparing python, especially in companies that have to consolidate existing IT architectures using code. But, if you have strong architecture and require small updates, Java will be the better option to have for the swift making of the app.

Versatility and Flow of the Languages:

Java is still the most popular programming language; In the past, it was one of the first languages ​​that amateur developers learned during their training. James Gosling developed Java to run on different devices and platforms. However, Python has recently taken the lead and is given preference to new students at universities as part of programming classes.

There are two main reasons for this transformation: Pythons are versatile when it comes to building web, desktop, and mobile applications. Also, Python is ideal for developing games as well as for AI and big data applications.

Which of the two languages ​​represents the future of programming is difficult to say. Both languages ​​offer cross-platform support and are consistently improved. Since neither language is perfect, the decision to choose just one, and which is the better choice, depends mainly on the projects in progress as well as the programmer’s personal preferences. 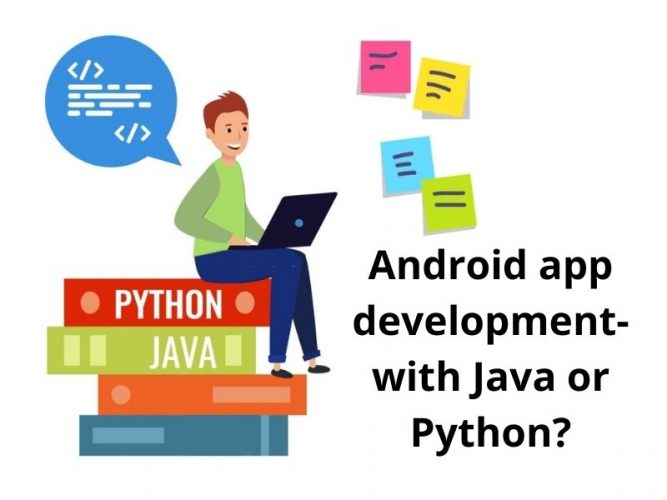 Article Name
Android app development- with Java or Python
Description
Python and Java are popular with many Android app developers. A novice developer will first have to choose one of the two programming languages. These languages are the first choice whenever there is a requirement to build an android app in every expert developer's mind.
Author
Mustafa Nazmuz Sakib
Publisher Name
SEO Expert in Bangladesh
Publisher Logo

3 thoughts on “Android App Development- with Java or Python?”

HATIL Furniture – A Success Story of a Bangladeshi Brand

He Created His Own Avatar

PraanTEA – the source of vitality

How to Get Ranked on Google with ease

How to Increase Online Conversion Rate

How to Build a React Progressive Web Application